“Compassion, romance, a sense of mortality and a sense of history run through the songs of Declan O’Rourke. The gravity of the deliberation in their melodies, their calmly sustained phrases, their fatalistic undertone — informs his songs, whether they’re about faithful love or reckoning with elemental forces. — His calling is a balladeer, proffering re-assurance in the face of inevitable sorrow.”
– Jon Pareles, The New York Times

“To me, Declan is not a songwriter within the ordinary definition of the word. He is a sorcerer of songs, with a Dickensian skill for finding the moment that details some aspect of our humanity.”
– Brendan Graham, Hot Press Magazine (Mar 2012)

Declan O’Rourke is a highly successful Irish artist, acclaimed by his peers, and having achieved many plaudits with his five albums released to date.  Declan’s soulful music, rooted in folk and trad, has attracted the praise of countless industry giants, including John Prine, and Paul Weller, among others. The Dubliner’s legend John Sheahan, declared recently that, “after 50 years I have decided it’s time to put a lid on the ‘The Dubliners,’ but I’m sure you’ll all agree that with Declan, and Damien (Dempsey), the future is in good hands.”

O’Rourke’s songwriting style moves faultlessly between impressionism, and story telling, and can be at home in almost any form. A dynamic performer, he is at once as comfortable fronting a 50-piece orchestra, as playing solo with a guitar.  Songs of Declan’s have been covered by a growing list of established artists ranging from Christy Moore, to Eddi Reader, and Josh Groban.

Declan’s debut album in 2004, Since Kyabram, debuted at no. 5 on the Irish Charts and achieved double-platinum sales, earning him three Meteor Awards nominations including Best Male, Best Album, and Best Folk/Traditional Album, as well as leading to a recording contract with the UK based Major label V2. His debut album launch took place over three sold-out nights in Whelan’s, one of Dublin’s most popular music venues, and was broadcast live nationally on Today FM. The debut single ‘Galileo’ brought O’Rourke much critical acclaim, and has been recorded and performed by many artists, from Camille O’Sullivan to singer Josh Groban who cut it for his album Illuminations. 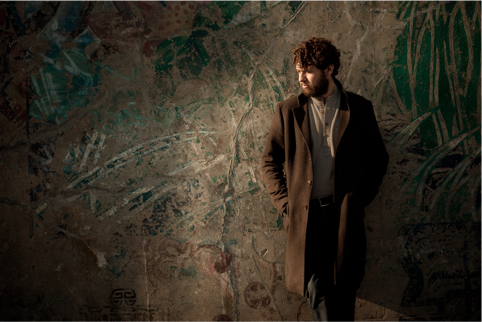 O’Rourke’s second album Big Bad Beautiful World, released in 2007, also went Platinum in Ireland, debuting at no. 4.  In 2010 he released his third studio album Mag Pai Zai under, Rimecoat Records, his own label. It topped the success of his first two albums, holding its own in Ireland’s Top 10 Album Charts for four consecutive weeks, and made ‘Album of the Week’ on BBC Radio Scotland and RTE Radio 1. ‘A Little Something,’ the album’s first single climbed to no. 2 in Today FM Top 40 Singles Charts. Mag Pai Zai also made it into The Irish Times’ ‘101 Irish Albums to Hear Before You Die.’

On the back of its success Mag Pai Zai became the first O’Rourke recording available in the United States. Distributed by the Orchard, it garnered attention from such national media outlets as the The Wall Street Journal, Spin, American Songwriter, Travel & Leisure, NPR’s World Café and USA Today. An appearance on Mountain Stage aired in the Spring of 2014 on over 300 NPR affiliates.

From Oct 2014 to Sept 2015, O’Rourke decided to try something completely new: releasing a brand new track every month, which was exclusively available to subscribers of his mailing list and social media platforms. He called the project Howlin’ Lowly Moons, and through it released some of his best material, directly to lovers of his music, absolutely free!

Declan appeared on season five of BBC’s Transatlantic Session alongside Alison Krauss and Amos Lee, and on on two seasons of the popular music show Other Voices. His sold-out performance at Sydney’s Basement venue was broadcast on Australian TV’s ABC network. 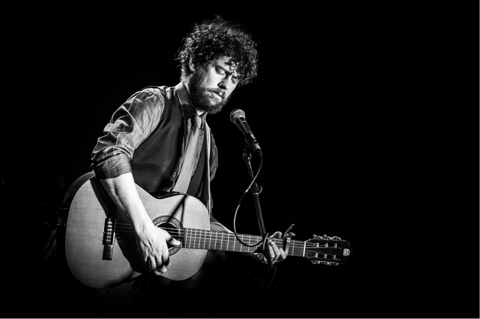 At the 2013 Oscars, Declan played the Oscar Wilde awards in LA for such luminaries as Steven Spielberg and J. J. Abrams.

April 2013, Declan sold out an 7 night residency with a string quartet at New York City’s Donaghy Arts Theatre. The residence was a smashing success and was raved about by Jon Pareles of the New York Times.

In recent years, Declan has been exploring his folk roots more than ever, and has played special guest to, and shared the stage with some greats including: John Prine (UK, Irish, and US dates). The Dubliners (as part of their farewell tour after 50 years in the business). Neil and Calum MacColl, Peggy Seeger, Eliza Carthy, and Martin Carthy (Blood and Roses – the songs of Ewan MacColl).  Paul Kelly, Shane Howard (Exiles / Australia). Eric Bogle. Kate Rusby. James Taylor, Jerry Douglas, Alison Krauss, Rosanne Cash (Transatlantic Sessions USA 2017). At Celtic Connections this year Declan was backed by the BBC Scottish Symphony Orchestra, while playing as guest to Laura Marling at the Royal Concert Hall, Glasgow.

Paul Weller singer-songwriter : “He writes the sort of classic songs that people don’t write anymore, songs that sound like they’ve been around forever […] Listen to Galileo, which is possibly the greatest song written in the last 30 years.”

John Prine singer-songwriter : “Declan O’ Rourke is a great songwriter. He is a fine fellow too and I believe the missing link to the Inkspots.”

Glen Hansard Oscar-winning singer-songwriter : “Declan O’Rourke is one of the rare breed, he arrived fully formed, his songs, and delivery belie his age, and ours. He’s a timeless troubadour with a voice that breaks through all your defenses and gets to the heart of the matter. One of the true greats of our island.”

Brendan Graham songwriter (“You Raise Me Up”) : “To me, Declan is not a songwriter within the ordinary definition of the word. He is a sorcerer of songs, with a Dickensian skill for finding the moment that details some aspect of our humanity.”

Tara Richardson Manager, Snow Patrol : “Declan’s excellence as a songwriter and musician lies in his abilities to convey such meaningful lyrics with some of the most original and enchanting melodies.”

Maura O’Connell Grammy-Award nominated singer “He is a phenomenal writer, singer, musician and entertainer. I can’t do justice to his talent in words. I don’t say that very often, but in this case it is true.”

Edith Bowman BBC Radio : “There is something so simple but overwhelmingly power (sic) about the melodies and emotive storytelling. [Since Kyabram] is an album I will listen to for the rest of my life and will probably never tire of.”

“A willingness to vary his sound, painstaking attention to detail and a real depth to his lyrics. A breathtaking whole…” – The Sun

“A songwriter whose appeal is distinctively wider than the standard three-minute pop wonder.” – The Irish Times

“Declan O’Rourke […] is an example of how quality control can work in your favour; he hones songs quietly and assiduously until they are just right. […] There are songs here that are as rich as dark chocolate melting into your brain; songs sung in a resonant, reflective voice that will bring tears to your eyes and make you contemplate important matters such as life, love, and what makes the world go round.” – 101 Irish Albums to Hear Before You Die (Irish Times publication)

“It’s the storytelling and melodic felicity of his songs that really mark him out.” – Uncut Magazine

“[A] compelling vocal range and brilliantly individual songwriting.” – The Scotsman

“A penchant for writing about love and history with equal amounts of ease and gravity.” – NPR World Café

“Compassion, romance, a sense of mortality, and a sense of history run through the songs . . .his calling is as a balladeer, proffering reassurance in the face of inevitable sorrow.” – The New York Times

“. . . long overdue for a stateside breakthrough . . . has a way with words and strings that’s earned comparisons to Rufus Wainwright and Glen Hansard.” – SPIN.com

Scroll back to top

By continuing to use the site, you agree to the use of cookies. more information